A Vegman in Naples (and Capri) 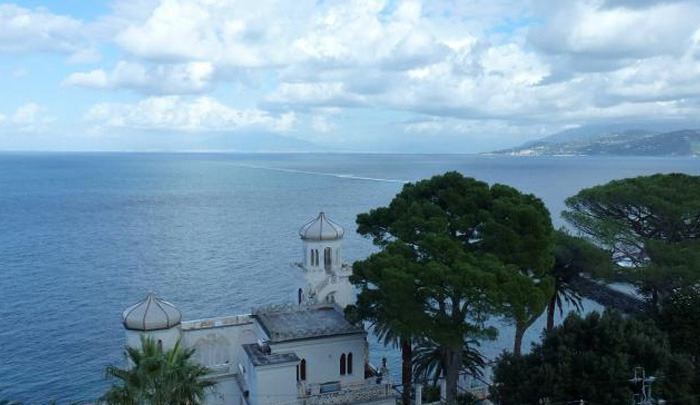 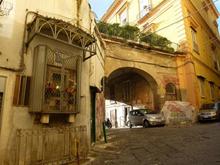 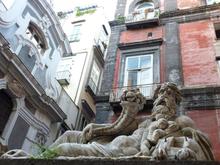 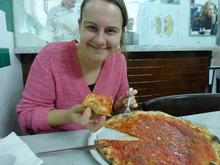 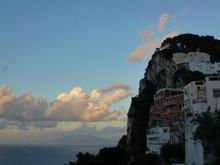 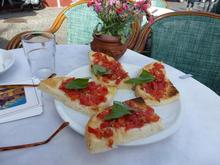 I don't know if you know "Eat, Pray, Love". Some might say it is a chick book, and maybe it is, even though I don't know how an autobiographic story could possibly be a chick book. However, I read it a few years ago in Morocco, and I'm still so grateful that I read it while traveling because the story stirred a very old yearning inside of me. Traveling and writing...

But I digressed. This is meant to be about Naples. And it is.

“An anthill inside a rabbit warren, with all exoticism of a Middle East bazaar and a touch of New Orleans voodoo.”*

“If you do not eat this pizza when you are in Naples, please lie to me later and tell me that you did.”*

Dang, here began my problem. The oldest pizzeria in Naples that offered, according to this book and quite a few other sources, the best pizza in the world. The husband was looking forward to this experience very much, and I was kinda sad to miss out once again.

So we went to Pizzeria da Michele, got our number and waited among Neapolitans and tourists on the narrow street. Standing in line for pizza... it could have been odd if it hadn't been for the reverent faces of the people waiting with us.

Then our number was called and we were seated. And guess what? There were only two kinds of pizza on the menu: Margarita and Marinara. One of them being vegetarian, the other one vegan.

It was delicious, it truly was. The dough was soft and thin, the sauce tasty with just the right amount of garlic. It was not the best pizza I ever had, but it was most certainly the best pizza experience ever. And I really liked the idea that, all along, veganism had possessed a place in the ancient pizza tradition of this town.

The next day, we left the hurly-burly of Naples for the calm peace that is Capri in winter. Staring at the bright blue ocean, walking down narrow paths, dangling in romantic chairlifts. Capri is everything that Naples is not – picturesque, decadent, shapely – and our gaze roaming over the Bay of Naples and Mount Vesuvius in the distance, we reveled, for a little bit longer, in eating.

Pasta, pizza, soups – eating in a “normal” restaurant has never been so easy before. There was no need to compromise; he could have his seafood dishes and mozzarella pizza and always, always there were plenty of vegan options for me, I just had to ask.

Eat, pray, love... among those three, eating is not the most important word (or maybe it is, but just in a very primeval sense). But it put a smile on our faces and brightened the trip. Here's to eating!