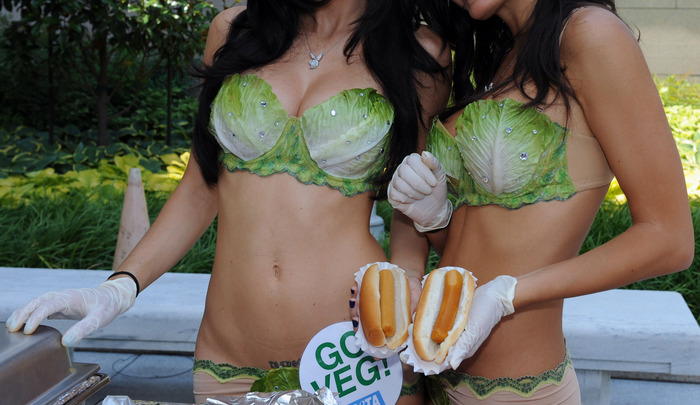 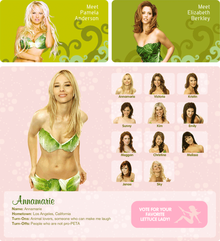 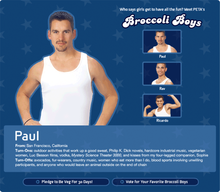 The BWVAKTBOOM, or ‘Boyfriend Went Vegan And Knocked The Bottom Out Of Me’ is another PeTA ad campaign, this time featuring a woman wearing a neckbrace and panties, suffering from the outrageous sexual antics of her vegan-turned boyfriend. Great. Half-naked and physically abused, all in the name of veganism. How on earth did we get here? Clearly, this is a question that has been pondered before (see here, and here). It’s more complex than ‘sex sells’, because it’s wrapped up with our eating habits and identities. Here are two of the main ideas that come out of the research on this subject. (If they sound obvious, we should probably ask why.)

This kind of advertising assumes that meat is one of the important ways to prove real manliness. And it’s interesting how the climate movement is implicated in this, because many such ads have an explicit anti-environmental and anti-animal rights message, as well condoning the ‘macho meat-man’. What does that say to vegetarian men? “If you’re going to forgo your manliness with an ethical diet then, for Pete’s sake, go out and buy a big car! Or, at the very least, get yourself a decent girlfriend... Because you are still a healthy heterosexual, right?!”

And we’re back to meat’n’tits again. Sigh.

Where do we go from here? You’d think that environmental and animal-rights organisations would be the first to challenge this view of masculinity. Red meat is not necessary for men to feel happy and secure in their maleness, and vegetarians don’t need to ‘compensate’ for anything at all. That much is obvious. Perhaps the growing strength of the climate movement will help cement this shift in the male identity. Or, perhaps the impetus needs to come from us, in the vegetarian and vegan community, to continue to assert an empowered and confident meat-free identity that doesn’t call for fast cars and naked women.  Either way, I very much hope we can move on from the Lettuce Ladies.

Title photo by David Snyder and courtesy of PETA

Women would use more indirect strategies, like dissociating the animal from the food, and ignoring the animal suffering involved. - <a href="https://twitter.com/EricLudy">Eric Ludy</a>