Meat as a status symbol 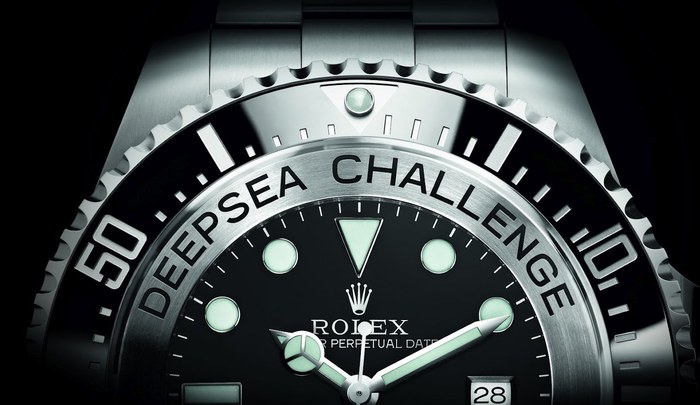 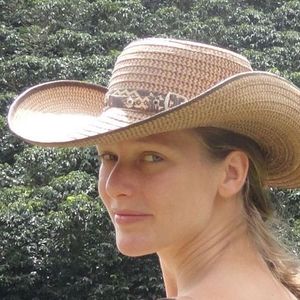 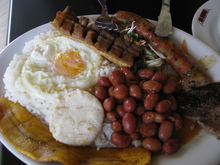 Speck of green parsley in Bandeja Paisa is pure garnish

Schoolchildren scamper over shards of glass and tangles of fallen cables on their walk home for lunch. They enter ramshackle homes and sit down in front of a chipped plate loaded with a mound of white rice, a sliver of grated cabbage and carrot with lemon and a long slab of beef. Their mother scrapes most of the salad and a spoonful of rice into the garbage before heading off to her afternoon shift. All that is left of the beef is a slime of grease on the scratched plate.

On a typical grocery bill, meat and dairy easily eat up three-quarters of the cost. Animal-based products are far more expensive than grains, vegetables or fruits. You could buy enough tomatoes, peppers and pinto beans to make three big batches of chili sin carne with the same money needed to buy ground beef for two servings. For the cost-conscious, vegetarianism simply makes economic sense.

Why then do impoverished families, like the above example, dish out on costly meat-heavy meals?

Why do the hungry kids barely touch the few vegetables served?

Out of disdain. Or culturally-taught disgust.

Since vegetables are pushed to the periphery, used as a garnish to add color, or blended with the meat dish only to bulk it up, they are seen as dispensable and sadly thrown away. Rice is often served in such ginormous proportions that it too is discarded. But the meat? Well, that's the main part of the meal and is eaten heartily.

A typical refrain in much of Latin America is “no es una comida sin carne”: it's not a meal without meat.

Meat is a status symbol. The poorest make great sacrifices to have enough money to buy the daily meat, at the expense of their education, recreation, hygiene and home up-keep. They wouldn't want to be seen as not giving their children at least a decent meal.

On the other end of the income spectrum, I've noticed that some of the wealthiest Latin Americans seem to be wannabe North Americans, flying to Miami to do their shopping and listening to horrid 80s hair bands or elevator music crooners solely because it's sung in English.

When a local grocery store got bought out by a French chain, they flocked to scoop up high-priced imported asperges à la crème d'estragon, absolutely clueless as to what they were eating but confident that it must be refined and elegant. I then realized that anything foreign is cool.

Bingo: introducing the veggie line you can't pronounce! We'll start with a shiitake stir-fry. Asia is so trendy right now.

These folks are the trend-setters, who define status symbols across the society. If they can be convinced that meat is passé (with an extra dose of guilt from all the Hollywood stars who have gone vegetarian to save their backyard rainforest) and that exotic vegetables are the new in, it could ripple down to lower social classes. They wouldn't even have to buy canned peas from France, but use what's grown in their own countryside. Maybe eventually the social influence will be inverted, and the elite will realize that what's really cool is to go local and embrace your own, authentic national produce.