The greenhouse effect: an Icelandic tale 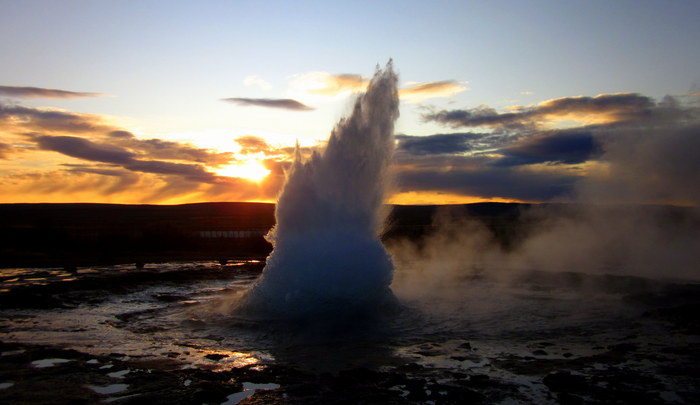 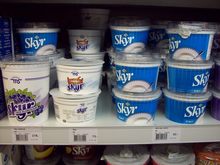 Skyr in a store 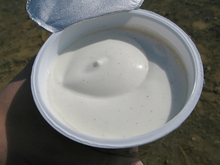 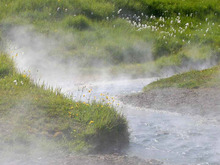 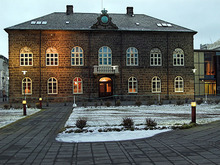 Alþingi - the national parliament of Iceland

I went to Iceland shortly after I became a vegetarian. Vegetarianism was a long drawn out, highly reasoned process. Going to Iceland was essentially a whim, made in a state of wild excitement one day soon after my university graduation. I had no idea my short holiday would turn into a year, and the issue of  ‘being a vegetarian in Iceland’ hadn’t even crossed my mind. I had heard rumours about rotted shark meat, but wasn’t totally sure that was true, and I assumed that Iceland would be like pretty much any other European country, and have its own brand of large, high-street-dominating supermarket stocked with juicy fruits, fresh vegetables and delicate cheeses from all corners of the globe.

The rotted shark rumour is true, and, to be fair to Iceland, yes there are supermarkets and yes they stock food.  But maybe we should omit the adjectives ‘fresh’ and ‘juicy’ when referring to their fruit and veg. And maybe we should acknowledge that dairy products – with the notable exception of their much-loved Skyr – are a rather bland affair. It’s pretty difficult to get a really good cheese, or a really decent bar of chocolate, without paying over the odds for it. Fine cheeses and ripe mangos are not part of anyone’s staple diet, perhaps, but these things do matter to foodie vegetarians with high expectations of the global food market.

But, wait, Iceland’s a small island that’s dark half the year, cold all the time, and hardly has any cows! How can we possibly expect a vast display of sun-ripened tomatoes and creamy cheeses? Fair point. So, without going too deeply into the ethics of food markets, and the geopolitics of this particular nation state, let’s just talk about one serious thing: geothermally-heated greenhouses.

Iceland has abundant geothermal energy. It’s literally bursting out of the ground. That’s one of the main attractions of Iceland to tourists, in the form of majestic geyser spurts and slightly eggy hot pots. And if you take the trip from Reykjavik to Selfoss (there’s only one road, just head east, you can’t miss it), you’ll see another major attraction of this energy source: Hveragerði. This is a little town built around a hot spring and it has enormous greenhouses, growing lots and lots of beautiful fruit and veg. Tomatoes, peppers, bananas, you name it, the energy is there and Icelanders can grow them all. Few people know it, but Iceland’s one of the biggest producers of bananas in the EU.

Yet Iceland doesn’t grow nearly as much fresh produce as it could. At a time when we have increasing awareness of the need for more sustainable food production, it does seem a little crazy that most countries rely on a global food market that sources produce (not to mention labour) from all over the world and then flies it onto our supermarket shelves. Iceland has an easy alternative to that, at least when it comes to vegetables. With government subsidies for greenhouses like these, Icelanders could fill their grocery shelves with good, homegrown produce, instead of the bland unripe fruit and veg that’s come a long way to get there. Local food’s good: it hasn’t racked up the food miles and often tastes better too.

So, if you travel to Reykjavik any time soon, here’s some vegetarian-friendly advice. Avoid certain national specialities, like rotted shark, whale meat and harðfiskur (dried fish pieces that Icelanders eat like potato chips) and eat out in veggie places like Graenn Kostur and A Naestu Grosum. And, if you’ll indulge me, stage a small act of protest against the global food market: just go to your local Bonus or Kronan supermarket, grab an unripe Mexican avocado, head down Kirkustraeti and waggle it threateningly in front of the Althing.

Travelled all round Iceland for 2 weeks, found vegetarian food Everywhere

No dude there is a lot of restaurants where you can get, chines, russian and indian non vegetarian foods. When i was there, I think my travel agent told me about a restaurant, But unfortunately i forget that name. :( You can ask my Travel agent via this website..http://www.travelco.pk/