VegBrain: why vegetarians are more empathic 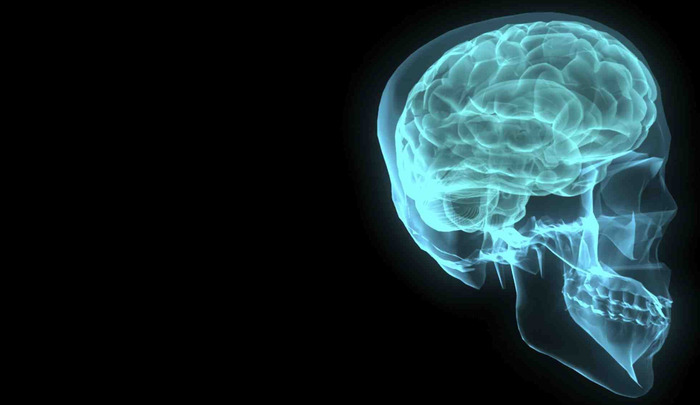 There is a pernicious, yet widespread, belief that vegan and vegetarian people are so distracted by their concern for fluffy chickens and defenceless lambs, that they overlook the ‘more important issues’ in life, like human suffering and climate change.

The logic is a little silly, but it goes something like this: if people care so much about animal welfare that they would undertake the [difficult and effortful] task of becoming vegan or vegetarian, then they simply can’t care so much about other things, like people. This will probably sound ridiculous to anyone who is, or has met a vegetarian. Perhaps you, like me, even fall into the growing group of people who avoid meat largely because of wider concerns about the environment.

So is there any grain of truth in this idea that vegetarians, on average, are generally more concerned about animals than humans?

Of course, some people probably are (a certain horrible stereotype of the elderly cat lady springs to mind), but let’s move away from unhelpful stereotypes and look at the facts, because there is some interesting research that has investigated exactly this question.

In 2010, some Italian neuropsychologists got a group of people together with different eating habits - some of them vegan, some vegetarian, and some omnivorous. They were interested in finding out whether “the neural representation of conditions of abuse and suffering might be different among subjects who made different feeding choice due to ethical reasons, and thus result in the engagement of different components of the brain networks associated with empathy and social cognition”. To translate that into common English, they were looking at brain scans to see whether vegan/vegetarian/omnivorous people processed animal and human suffering in different ways.

The experiment doesn’t sound particularly pleasant. Participants had to sit stuck in an fMRI scanner, which measured their brain activity while they watched horrible scenes of human and animal abuse (including images of mutilation, torture and murder). Bit clockwork orange. But the results are really interesting, because the vegans and vegetarians actually showed higher empathy and compassion towards both the animal and the humansuffering, than the meat-eating group. And, on top of this, both vegans and vegetarians had their own specific brain areas lighting up, that weren’t the same in people in other groups. When vegetarians saw pictures of human suffering, for example, they had activity in a part of the brain that helps represent the body and distinguish self from other. And when they saw animal suffering, they had brain activation in an area linked to greater attention and empathic pain. (See the image for how this looked in the fMRI scans – you can see that the responses were slightly different in the three groups).

What does this mean? Well, this evidence suggests that empathy in response to human suffering is both greater and more complex in vegetarians/vegan than it is in meat-eaters. A finding that not only banishes our silly and unhelpful stereotype, but turns it right on its head. The authors of the study back this up by saying that: “vegetarians and vegans, who decided to avoid the use of animal products for ethical reasons, have a moral philosophy of life based on a set of basic values and attitudes toward life, nature, and society, that extends well beyond food choice.” Another writer echoes this with the observation that “most animal advocates also care deeply about a broad spectrum of social justice and humanitarian causes.”

Again, we’re talking about average patterns here, so it won’t hold for every vegetarian and meat-eater. And this particular study is rather small, so we should definitely wait for more research before we can take the results as gospel. But, for those of us who may suffer the annoying and illogical reproach ‘there are more important issues to worry about than animals!”, this might at least provide some nice support in our defense: Yes, many vegetarians and vegans are concerned about animal welfare, but they are often deeply concerned about humans too.

Thank you for sharing. This research will be usefull when typical arguments like "Why dont you care more about humans." comes the next time.